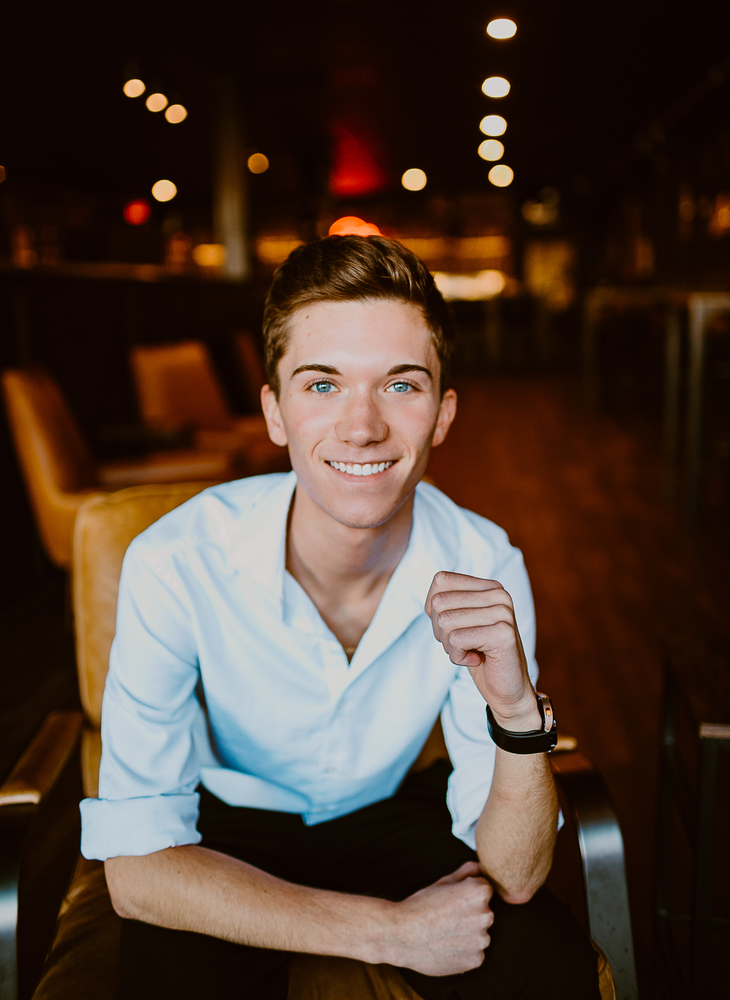 Joseph Strider Pinkard was born on May 3, 2004. He is the son of Kim and Gr Pinkard and has a younger brother, Jordan Pinkard. Three words that describe Joey are Charismatic, Honest, and Genuine. He is involved in Beta, FBLA, FCA, FCCLA. Pep Club, Yearbook and Student Council. He is also a member of the track and field and cross country team, along with being the school mascot. Mrs. J, Ms. Braswell, Mr. Ridings, Jill and Lauren, Mr. Ridings and Mr. Boyer are Joey’s favorite teachers as they “make school fun.”

His favorite staff quote is “you are so dramatic” said by Mrs. J. His favorite school memory is moving here his freshman year and all the Beta Trips. His most embarrassing memory is having a buzz cut his freshman year.  When asked what he will miss most after graduating, Joey stated my friends and the staff, because we have a one-of-a-kind staff. Joey is excited to graduate and move onto the next chapter in his life, but also feels sad that he is leaving his friends and family.

When he was a child, he wanted to be a train engineer. Joey now plans on attending Mississippi State University to get his bachelor’s degree in the field of engineering and pursue a career within that same field. His biggest accomplishment is maintaining a weighted 4.0 GPA throughout all four years of high school. His advice to underclassmen is to “always respect your teachers and get involved within the school as you don't get those four years back, so let loose, have fun, get involved, and make every day count”. The person that has been Joey’s greatest influence is his mom, as she has helped him become the person he is today and has always supported him in every decision he has made.

Joey would like to give a shout out to Mom, Dad, Jordan, Nanny & Papa, Lotte, Jill, Mrs. Brumfield, Mr. Kinder, Braz, and all his friends.