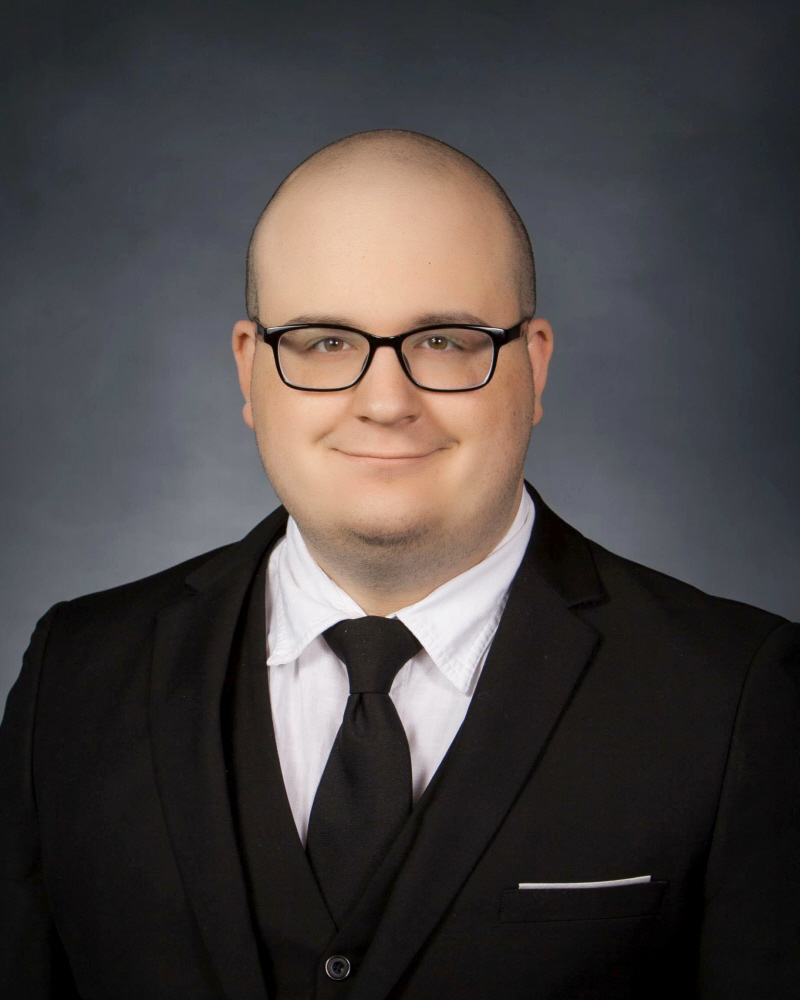 Rickie D. Bazzell was born on July 7, 2004. He is the son of Rickie D. and Tomisine Bazzell. He has only one sibling, Millie. Three words he would use to describe himself are nerdy, curious, and intelligent. Rickie is involved in Beta and Skills USA. If Rickie could travel anywhere in the world he would travel to Greece for the culture and learn about their mythology. His favorite teacher was his 5th-grade teacher Mr. Gibbs because “he made every day both knowledgeable and fun!” His favorite high school memory was last year when he played Super Smash Bros with his friends, Evan Harper and Gracie Bowman, on their Nintendo Switches for the entire hour. His most embarrassing high school memory is when he lost a bet and his friends painted the avatar symbol on his head that he had to wear the whole day.

His favorite staff quote is “We don't have favorites” and he believes they do. His biggest accomplishment so far is learning the basics of the five programming languages. When Rickie was little, his ideas for a career ranged from being a cop or a soldier to being a YouTuber. Now he aspires to be a game developer and go to college for game development. Rickie feels like graduating is a new beginning for him and his classmates. What he will miss most about high school are the people who were with him through the hard times “those I consider true friends.” Rickie’s advice to underclassmen is “This drama you're dealing with at school, it doesn’t matter, I want you to consider this. Will these people matter to you after you graduate? Not in most cases so leave it all behind and focus on what matters most to you whether it be family, friends, or even games. Leave the drama behind and you’ll be less stressed about it.” The person who had the greatest influence on him was his parents because his mom encouraged his love of reading and magic while his dad influenced his love of gaming and hardworking attitude.