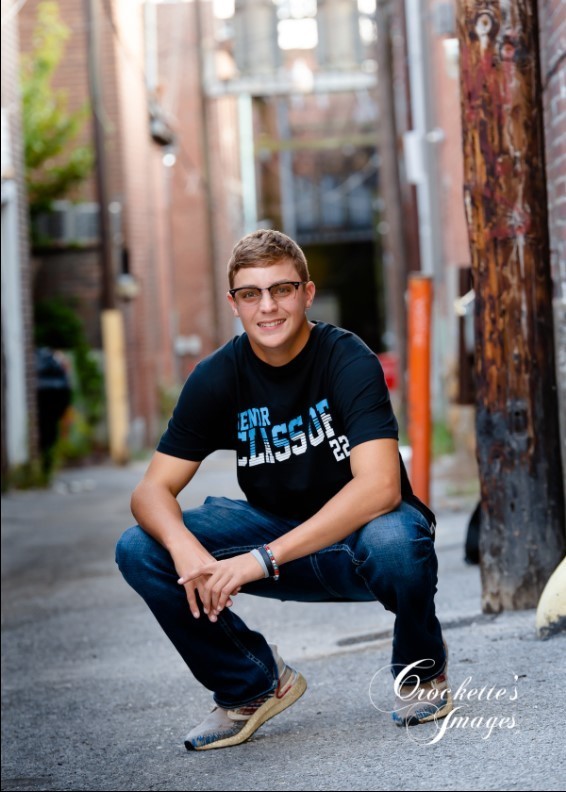 Tyson Owen Moyers was born on April 5, 2004. He is the son of Dawn and Gil Moyers. He has one sibling, Deven. Tyson is involved in Beta, FFA, and FBLA. He is also a part of the Woodland baseball and basketball teams. His favorite teacher is Mrs. Johnson, blue is his favorite color, and his favorite place to eat is In-N-Out. When Tyson was younger, he wanted to be a state police officer, he now plans on going to California and starting a labor job.

His favorite high school memory is winning the WIT. He recalls his most embarrassing memory is “When I shot a three off the backboard and missed.” The thing he will miss most about high school is his friends and all of the great memories he’s made with them. When asked about his thoughts on graduating high school, he said he’s kind of sad about it, but ready to move on in life. His advice to underclassmen is to never take things for granted. His biggest accomplishment is overcoming his fear of moving and taking on the real world. The person who has had the greatest influence in his life is Mrs. J, because “She always believed in me and was always by my side through high school.”

Tyson would like to give his shoutout to his parents, Deven, Mrs. J, Celesse, Bennett, Addie, Ally, Cecil, Lane, Seth, Jeramiah and Jarid.