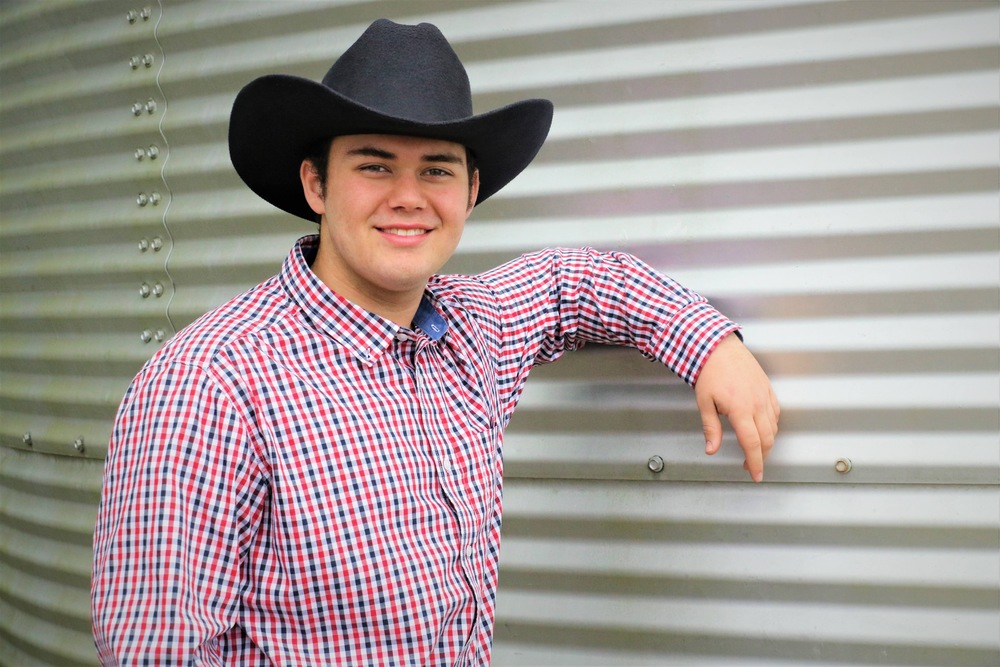 Emmett Cole Lape was born on January 23, 2004 to Clara and Chris Lape. He has two sisters, Shaina Cronk and Kodi Lape. Emmett is involved in Beta, 4-H, and Track and Field. His favorite teacher is Mrs. Blazer, favorite color is blue, and black berry cobbler is his favorite food.

When Emmett was growing up he wanted to become a Nascar driver, he now plans to become a Marines Combat Engineer. When asked his feelings on graduating, Emmet says he is glad to be finally done, but will miss his friends. His favorite high school memory was when he gave Mr. Ridings a skeleton sculpture, while his most embarrassing memory is when he ran the cheeseburger relay then found out he wasn’t supposed to be there. Emmett’s greatest accomplishment so far are his metal sculptures he's made in welding class.

He would like to give a shoutout to Janet and Richard Jones, Clara Lape, Kodi Lape, Ellie Carlton, Emma Fox, Emilee Rouggly & Bailey Wilson for all they have done for him to help him get to where he is now.