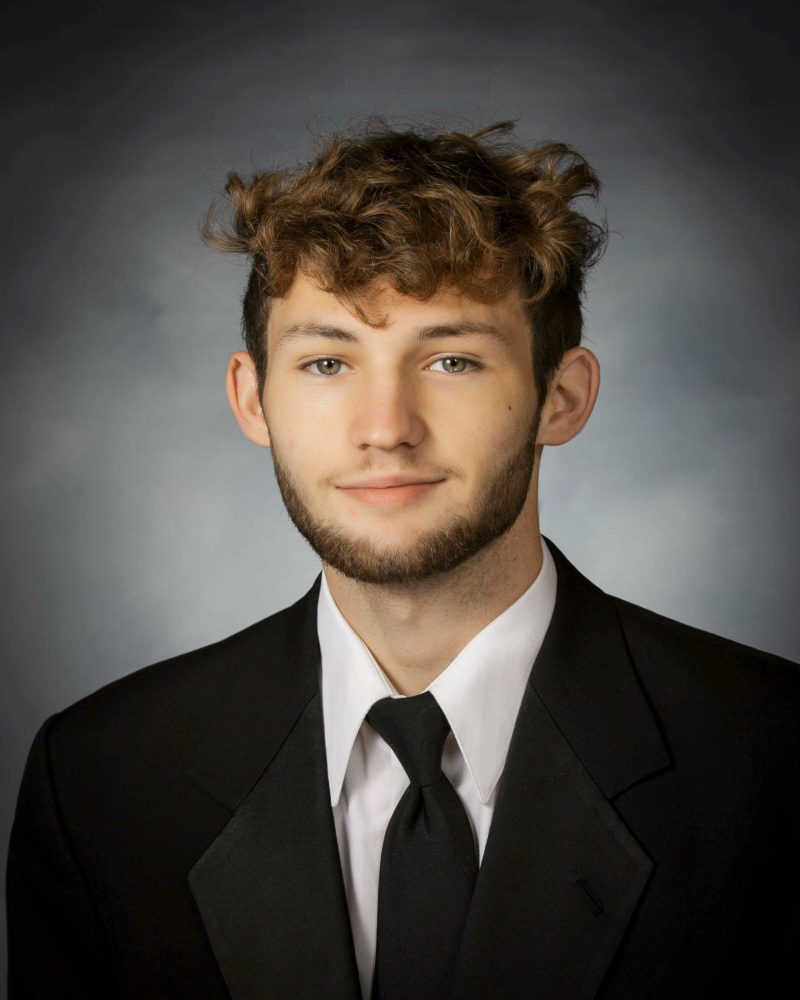 Harley David Andrew Ezell was born August 22nd, 2003. He is the son of Rory and Melissa Ezell. He has five siblings, Zadie, Ella, Lila, Lily, and Olan. He is involved in Track and Field. His favorite teacher is Mr. Ridings, blue is his favorite color, and his favorite food is Chinese.

When Harley was younger, he wanted to be a cop, he now plans on going straight to the workforce or possibly going to college on a track scholarship, and getting married after Rylee Cureton graduates. When asked about his favorite high school memory, he said, “Sophomore year when my entire class was dead silent and Bennett let out the loudest, most atrocious fart I've ever heard in my life.” He said his most embarrassing memory was when he made a video of himself dancing in 4th grade that everyone still watches.

The thing Harley will miss most about high school is hanging out with friends and seeing Rylee at school. When asked his thoughts about graduating, he said he is excited and nervous. His advice to his underclassmen, “Don’t go into high school revolving around a girl. Explore your options later in your high school career. Live for yourself and make your memories.” His biggest accomplishment is setting the school record for pole vault, then beating his own record. The person who has had the greatest impact on his life is his dad, “He has taught me everything since I was a little kid, showed me the difference between right and wrong, and always pushes me to do my best in everything I do.”

Harley would like to give his shoutout to, “Colby, Kolby, Brayden, Triston, and my girlfriend Rylee Cureton.”