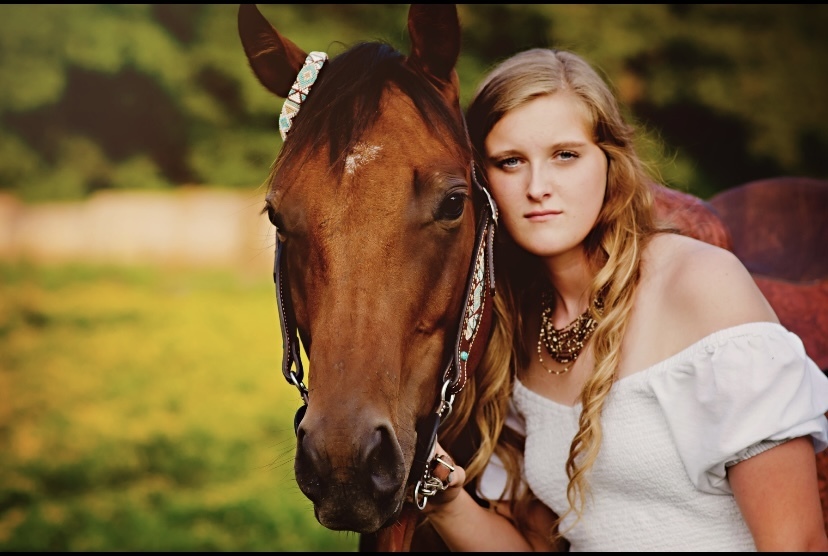 Jesse Rae Welker was born on November 25th, 2003. She is the daughter of Dale Welker. She has five siblings Lucas Wendel, Travis Fox, Chelsie Fox, Isaac Martinez Alvarado, and Jasmine Welker. Jesse is involved in FCCLA and plans on playing basketball this year. Her favorite teachers are Mr. Boyer and Mr. Ridings. Her favorite color is sky blue and chicken ,cheese and rice is her favorite food. When Jesse was younger, she wanted to be in the coast guard. She plans on pursuing her dream when she graduates High School.

Her favorite High School memory was when students were in phase 3 during her junior year, when she called Success Vision thinking that they sold hearing aids, and arguing with Ms. Braswell. Jesse’s most embarrassing high school memory was freshman year she was in Mr. Ridings class and her boot came apart in 6th hour and she used gorilla glue to put it back together. She got her boot stuck to her hand and walked around the hallways with it attached to her hand, until Mr. Ridings helped get it off. The thing she will miss about High School is her advisory family. When asked about her thoughts about graduating, Jesse said that she is ready to get out of this place.

Her biggest accomplishment is signing papers and leaving for basic training next summer. The person who has had the greatest influence on her life is her Father and her Great Grandma, they both always told her to follow her dreams. She has always wanted to be in the Coast Guard and her Father helped her achieve that.

Jesse would like to give a shoutout to Mrs. Braswell for always being there for her.